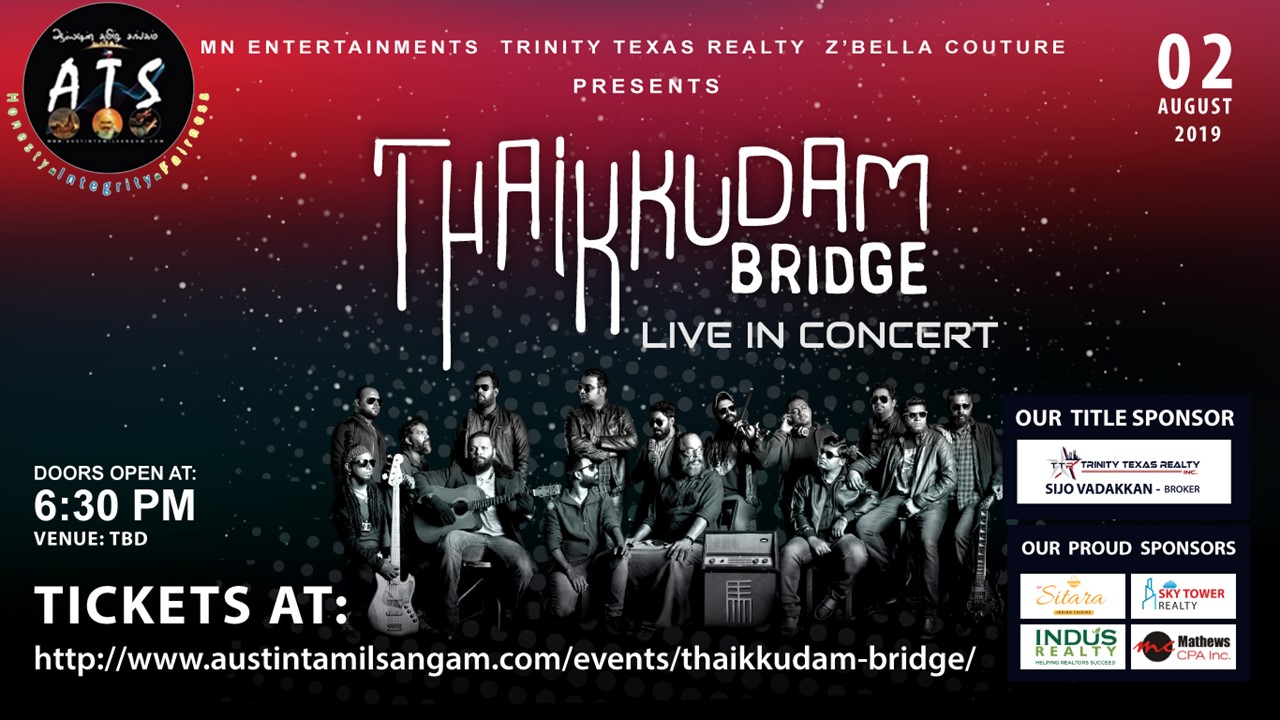 Austin Tamil Sangam Proudly promotes Thaikkudam Bridge performance in Austin, join us for a fun-filled evening.
#ThaikkudamBridge is a very popular South Indian music band which has won numerous music awards and has performed at over 400+ venues world wide. With a 15 member ensemble cast the band’s strength is in its versatility and the unpredictability, thanks to the nine vocalists and six instrumentalists from the length and breadth of the country, each of whom brings on board a wealth of diverse musical, linguistic and cultural influences thus creating a magical music experience.
One of their very popular music mojo performance ‘Nostalgia’ covering Malayalam songs appealed to younger and older generations alike.
#GovindVasantha co-founder of the band is the music director of Tamil movie #96 which took the music lovers from #Tamilakam by storm and made him an overnight sensation.
He has signed few other much-awaited projects, one with actor Surya’s production house for #Uriyadi2 and legendary #ManiRatnam’s latest along with actor #VijaySethupathy’s #Seethakathai.
They have few custom rock songs which hit the charts and they do have their evergreen Malayalam medleys for us.
#ThaikkudamBridge has done many world tours and showcased their versatility over Malayalam, Tamil and Hindi songs.
Share on Facebook Share on Twitter Share on Pinterest Share on LinkedIn

Speech in Tamil by Dr. Shanmugasundaram Muthian Ph.D. about “Power of the Immune System to Treat Infectious Diseases”. https://zoom.us/j/907120364